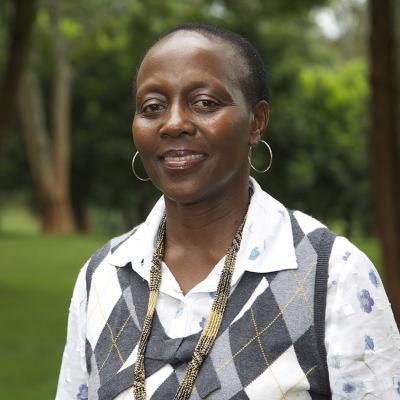 Acting Executive Secretary of the Convention on Biological Diversity Secretariat

Effective 1 December 2019, Elizabeth Mrema will serve as Acting Executive Secretary of the Convention on Biological Diversity Secretariat. In the interim, she will serve as Officer in Charge of the CBD Secretariat with effect on 1 November 2019.

Mrs. Elizabeth Maruma Mrema, a national of the United Republic of Tanzania, is the Director of the Law Division and has worked with UNEP for over two decades. Prior to joining the Law Division in her current role in June 2014, she was the Deputy Director of the Ecosystems Division, in charge of coordination, operations and programme delivery from 2012 and for one year, also served as Acting Director to the same Division. In 2018, in addition to her role as the Law Division Director, she was also the Acting Director of the Corporate Services Division. In 2007, she received the first-ever UNEP-wide Best Manager of the Year Award, titled the UNEP Baobab Staff Award, for exceptional performance and dedication towards achieving the goals of UNEP.

Mrs. Mrema’s work at UNEP has focused on the development, implementation and enforcement environmental laws both at national, regional and international level. She has played different roles in UNEP over the years that have included being a coordinator of capacity building and compliance and enforcement projects related to environmental law and the multilateral environmental conventions. She was a Senior Legal Officer and Chief of the Multilateral Environmental Agreements (MEAs) Support and Cooperation Branch in the then Division of Environmental Conventions (DEC), and later a Principal Legal Officer and Chief of the Biodiversity/Land Law and Governance Branch in the then Division of Environmental Law and Conventions.

Before joining UNEP, Mrs. Mrema worked with the Ministry of Foreign Affairs and International Cooperation of the United Republic of Tanzania and left as a Counsellor/Senior Legal Counsel. During her time with the ministry, she was also a lecturer in Public International Law and Conference Diplomacy at Tanzania's Centre for Foreign Relations and Diplomacy. Currently, she is a pro bono lecturer at the University of Nairobi - Law School, and in the past at the International Development Law Organization (IDLO), Rome, Italy.