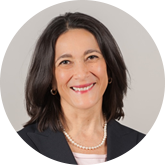 Martha Rojas Urrego is the Secretary General of the Ramsar Convention on Wetlands.

Her commitment to conservation, sustainable development and social equity are running themes throughout her career from grassroots level to the highest levels of international policy making.

Before joining the Ramsar Convention on 22 August 2016, she was Head of Global Advocacy and Acting Deputy Secretary General of CARE International, a development and humanitarian organization, where she led local to global policy work on fighting poverty, development and humanitarian aid, with a strong focus on gender equality and women’s empowerment.

Between 1994 and 2008, Martha Rojas Urrego worked for the International Union for Conservation of Nature (IUCN), first as a Senior Biodiversity Policy Advisor and then in 2002 as Head of Global Policy. In the latter position she coordinated IUCN’s global policy work, leading the Union’s engagement with the Convention on Biological Diversity (CBD), the United Nations Framework Convention on Climate Change (UNFCCC), and the World Trade Organization (WTO). She managed the UN Representation and EU policy function in both CARE and IUCN.

Prior to joining IUCN Martha Rojas Urrego was Executive Director of National Parks of Colombia and represented the Government in several multilateral environmental agreements. She also worked for the Food and Agriculture Organization of the United Nations, and Natura Foundation in Colombia. She is a Colombian and French national.