85 new Voluntary Commitments for the implementation of Sustainable Development Goal 14 to #SaveOurOcean were received this past week. The distribution of entities that put forward commitments include Governments (30); UN entities (16); NGOs (14); Private Sector (2); Partnerships (5); Academic Institutions (11); Philanthropic Organization (3); Civil Society (3) and others (1).

Among governments is a commitment from Panama for Emissions reduction from International Shipping through the use of the Panama Canal route. A commitment from the Government of Chile to Deliver proposal of Chilean National Ocean Policy, 6 from Germany, 4 from Austria, 2 each from Maldives, 2 from Samoa, 2 from Belgium, 1 each from Sychelles, republic of Korea, Madagascar, and Monaco.

Other commitments from UN include UNDP's Establishment of Information Center on Marine Protected Area Karaburun Sazani in Albania, Achieving decent work through the elimination of exploitative labour conditions for fishers and seafarers by International Labour Organization (ILO), United Nations Economic Commission for Europe (UNECE) Promoting standards for sustainable fisheries management and traceability of fish products on a global scale, Strengthening data partnerships for Oceans in Asia and the Pacific by United Nations Economic and Social Commission for Asia and the Pacific (ESCAP).

Protecting Canada's Marine and Coastal Environment: A collaborative plan towards meeting and exceeding 10% protection by 2020

In November 2015 Canada committed to protecting at least 10% of its marine environment by 2020 with 0.9% of its coastal and marine areas as of 2017 already protected.

Canada has three oceans, with vastly different cultures and users groups in each. The federal government also have made a commitment nationally towards reconciliation with its Indigenous Peoples which means a new approach to co-governance and nation to nation decision making.

In order to achieve the 2020 target The Ecology Action Centre commits to the following actions:

The Ecology Action Centre’s goal is to support Canada in becoming a leader in ocean conservation and management.

Establishment of a Marine Protected Area (MPA) at the coastline of Plakias, Crete

In 2016 a marine field station was established in Plakias, in the diving school Dive Together. The overall goal of this marine field station is to establish a Marine Protected Area (MPA) at the surrounding coastline, working together with the regional politicians and inhabitants of Plakias. In order to reach this goal three pillars were established.

Education - Awareness will be raised about the importance of the marine environment and its ecosystems.

Research - The Marine Field station offers facilities Austrian scientists and students to conduct research at the south coast of Crete. The knowledge and data collected is shared with other environmental organisations and other interested persons.

Protection - An MPA established in the Crete region will lead to the protection of endangered species, increase biodiversity and will conserve important ecosystems for generations to come. The MPA will also increase eco-tourism in the area, which will strengthen the economy of this region and generate jobs.

Adidas is committed to sustainable practices and has detailed its commitment through its sustainability strategy 2020. Among others, the strategy addresses two strategic priorities, which are "we value water" and "we innovate materials and solutions". The adidas x Parley partnership is an integral part of this strategy. adidas recognizes plastic pollution as one of the biggest threats to the oceans and manifested its commitment to fight this problem in this partnership. Adidas supports Parley for the Oceans in its education and communication efforts, as well as its comprehensive Ocean Plastic Program (A.I.R., Avoid, Intercept, and Redesign) that intends to end plastic pollution of the oceans.

The goals of the commitment is to: Adidas has other examples under the "sustainability" umbrella. Among the most recent efforts: 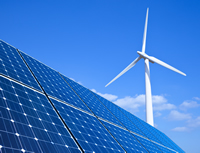 Unleashing a new generation of entrepreneurs in the Blue Economy

Most islanders living in Small Island developing States have a good sense of the economic benefits they can obtain from the ocean as their livelihoods depend almost entirely on it, but more businesses need to be developed to reduce the detrimental impact economic activity can have on the health of the oceans and the depletion of marine resources.

The Seychelles Blue Economy concept, launched in 2014 by the Government of Seychelles, focuses on the sustainable development of ocean-based economic enterprises while also protecting oceans, the source of its fisheries and tourism activities, as well as developing new ventures through scientific and technological innovation.

Building on this national initiative, the James Michel Foundation commits to develop programmes which encourage the formation of new Blue Economy enterprises, promote Blue Economy careers among the youth as well as educate the young and old about the tangible development of the concept in the Seychelles islands.

The continuous overharvesting of marine resources has resulted in declining stocks. Employment of fishing methods that can be destructive as well as pollution have added to the degradation of both the resources and the environment in which these marine animals live, reproduce and feed. Some of the marine animals in Samoa that are not sufficiently protected include whales, dolphins, turtles and sharks.

One of the effective methods of conserving marine life is by establishing a marine sanctuary that puts into place strong legislative frameworks for the conservation and the sustainable use of these species. A National Marine Sanctuary will fill the gaps in existing marine resource protections and complement regulations already in place. Within a sanctuary, scientific research, monitoring, and education programmes are created to promote public awareness, understanding, appreciation and to foster a marine ethic of conservation and marine stewardship. The sanctuary is always sensitive to the need to balance protection with multiple uses.

Samoa commits to establish a sanctuary through consultation with relevant stakeholders, review of current legislation and regulations, research and awareness and the development of a management plan.

Safeguarding Our Oceans, One Threat at a Time

The Blue Sphere Foundation is focused on three key threats: species extinction, marine habitat destruction, and economic and human wellbeing in communities dependent on oceans for their livelihoods.

The organisation has a team that has proven the impossible and an organization built on their determination to reverse the tide of extinction and habitat destruction. Blue Sphere is being formed by three passionate leaders with a track-record of social impact Shawn Heinrichs, a leader in the protection of threatened marine species (and central activist in the film, Racing Extinction); John Weller, whose work last year culminated in the first international treaty to protect the high seas and the world's largest marine protected area (the Ross Sea in Antarctica); and Denielle Sachs, previously the chief architect of McKinsey & Company's global corporate responsibility agenda, who helped build and launch their first-ever corporate foundation.

The Program in Ocean Science and Engineering (OSE) was established in 2016 at the Georgia Institute of Technology, USA. The mission of OSE is to educate the next generation of transdisciplinary ocean scientists and engineers by combining the basic and applied sciences with innovative ocean technologies, and to advance interdisciplinary research at the frontiers of the physical, biological, chemical and human dimensions of ocean systems.

The OSE commits to develop strategic internship for students, and research partnerships with both public and private sectors, to facilitate the transitions of the OSE students from graduate research to problem solving of modern challenges concerning a sustainable development of ocean resources. These efforts will create a culture of entrepreneurship and social awareness in both OSE students and faculty. 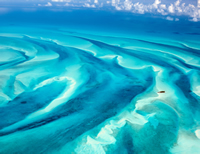 At present, Chile does not have an Ocean Policy. In this regard there is not an effective coordination within all the actions that take place in the protection, conservation and sustainable use of our ocean.

This year, Chile created the Council of Ministers for the Development of Ocean Policy.The main objective of this council is to propose to the President of the Republic the National Oceanic Policy, containing the set of orientations, scope, priorities, interests and institutions in Oceanic matters.

The strengthening and modernization of our institutions in oceanic matters requires a global vision, but with a national and regional emphasis. Concrete progress needs to be made in an explicit definition of an institutional framework that will develop and implement a comprehensive ocean policy, including relevant sectors of public administration, the private sector and civil society, in achieving environmental protection objectives, the conservation and sustainable use of fishery resources, among the most relevant aspects. 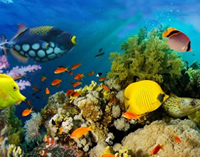 Walton Family Foundation commits to work with Indonesia and the Americas specifically the U.S., Mexico, Peru, and Chile to improve fisheries management for the benefit of fishing communities and ocean habitats over the next 10 to 20 years. The organisation will also work to ensure that fish entering the E.U., Japan and the U.S. are sustainably caught. The organisation is working with partners to empower and incentivize fishermen and communities to fish smarter, not harder. It also connect’s healthy fisheries with financial benefits for sustainable fishing, and in turn create incentives for good management of fisheries resources in targeted geographies..